This page is dedicated to the memory of our ‘friends’ who enriched our lives, but are no longer with us.

If you would like your pet mentioned, please send us an email

Angel was the first dobermann in WA to gain TSDX title; the first dobermann in Australia to achieve Advance Heelwork to Music and Freestyle; and the  first dobermann to have a pass in Rally-O Advance.
She was precocious, demanding, loyal and very loving. She was willing to participate in anything I asked.
Without Angel I would not have entered trials and met so many people.
In loving memory and sadly missed by Carol, Inde and Dax. 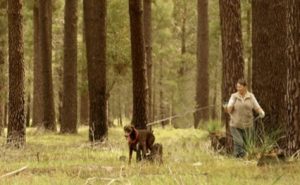 Dual Champion (Neut/T) TS Grand Ch Dobenaire Bombay Dreams CD JD ET ADX FS.A HTMA RN GD (Inde)
“You filled my dreams with Love”
Inde was a gentle giant, a true dobermann – intelligent, loyal and loving. He loved tracking, especially track and search.
He was willing to participate in all forms of performance and even entered the show ring later in life.
He welcomed new additions to the family and although he missed Angel he blossomed with Dax and was willing to train his new border collie puppy, Marty.
We miss him and life is just not the same. 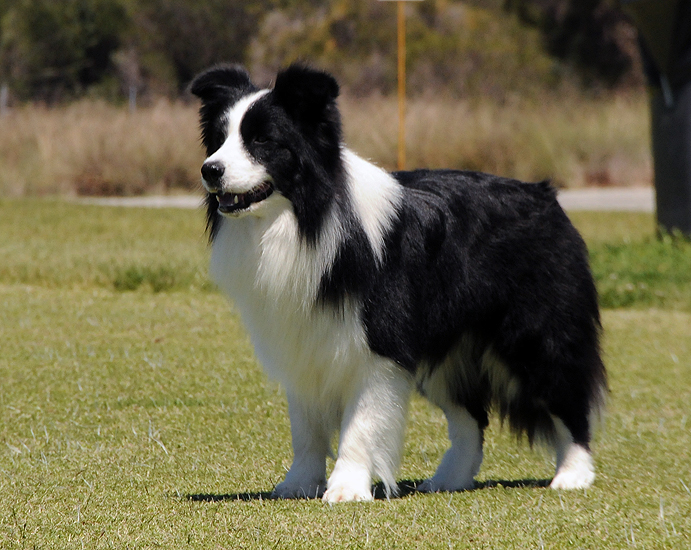 Flyte was known to many people both in Australia and overseas. A very handsome Border Collie and the Sire of quite a few TrackWest members’ dogs and a total of 19 litters. A versatile dog, with so many titles and disciplines to his name, Flyte only started tracking at the age of 9 years which was challenging – having been trained in Obedience to UD level, he would ask me which way we should go. Eventually he grasped the concept that it was his decision, and he didn’t look back, going through to Tracking Champion in two years. He then embraced Urban, gaining his Track & Search Champion in 2020 at 14 years of age. Sadly, he dislocated his hip only a week or so before he was due to do his T&S GR CH Track 9 and had to withdraw. Amazingly, he recovered brilliantly and although uncertain if he could do it, he’d bounced back and happily running and playing, I decided he could try. With Carol handling Flyte, he passed his Track 9 with a Very Good, first time, so we entered the T&S GR CH Track 10 with some trepidation. Again, with Carol he passed his track with a V/G, one month shy of his 15th birthday. Sadly, only a week later he slipped at home and dislocated his hip again, the heart-breaking decision had to be made.
Thanks so much to all the Judges who tested this wonderful boy along the way.
He was my heart and soul and will be missed forever.