The Tutu Memorial Plaque is presented to the Club Member who has demonstrated outstanding commitment and dedication to the principles of the club throughout the preceding financial year.  Their contributions embody the true spirit of membership, both in terms of fellowship and also event participation.  The recipient of The Tutu Memorial Plaque will be a positive and active member who consistently demonstrates goodwill towards the club and its members.

In honour of Judy, the Trackwest Committee have created the ‘Judy Tsakalos Award’ which will be awarded each year as an Encouragement/Perseverance Award.  The recipient of the Award will have been nominated by their Training Group leader, in recognition of the efforts the person has made in overcoming challenges with which Judy was always so helpful. 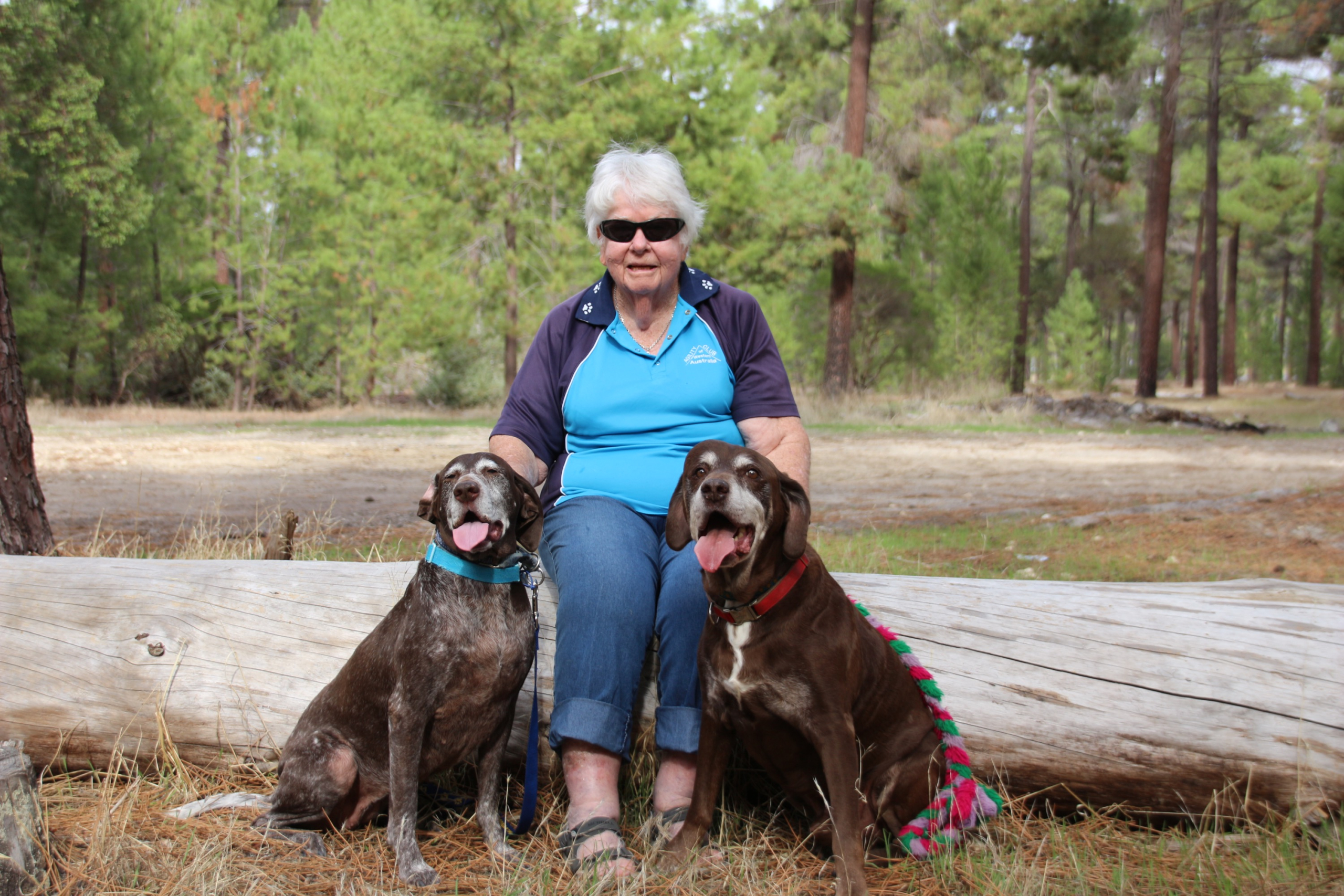 Judy Tsakalos was an incredible woman.  She and her late husband Con were among the foundation members of Trackwest when it became a registered Club in 1995.

Judy and Con fell in love with the German Shorthaired Pointer breed and had many GSPs over the years, working them in various performance sports, Retrieving, Obedience, Rally, Tracking & Track and Search.  (pictured left with Luka and Bruno)

Over the years, Judy became an ANKC judge of Obedience, Rally, Agility/Jumping, Endurance, Tracking & Track & Search, judging in many country trials as well as in the Perth metro area.

Judy was an active participant in competing & judging until medical issues limited her involvement in competition.  That did not stop her though!  She turned her attention to other areas in the dog world where she was able to contribute and became the maker of our harnesses and leads.

A little known fact – In her earlier years she became a qualified pilot!.  She played hockey, was a high school maths teacher, taught adolescent boys, hence her very matter of fact nature.  Her independence was very important, and Judy found it very difficult to accept help however, was always willing to help other people.

For over 25 years she was a “go to” person of the club.  For many years she would drive her little pink car around to the various training groups to see how things were going and if anyone needed any help.  She would offer advice to new members, judges and any club member who needed help with various aspects of tracking.

Judy’s knowledge (which she loved to share at base camp), her willingness to give assistance and tender advice will be greatly missed. 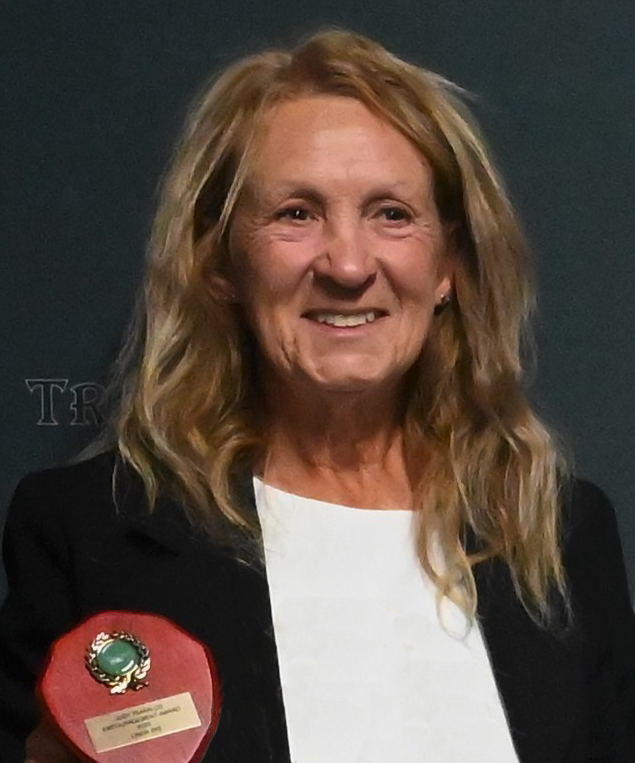